Why Stealing in Business is a Good Thing

With over 6 billion people in this world it appears that originality is dead.  It seems impossible to even come up with a new idea that has not been thought of before? Not only are business concepts being copied, music is being 'sampled' from great songs of the past. Is it possible to set ourselves apart and is that important?

In Peter Thiel's book, Zero to One: Notes on Startups, he states,  “ZERO TO ONE EVERY MOMENT IN BUSINESS happens only once. The next Bill Gates will not build an operating system. The next Larry Page or Sergey Brin won’t make a search engine. And the next Mark Zuckerberg won’t create a social network. If you are copying these guys, you aren’t learning from them.”

I believe there is a way to both copy and learn at the same time. Sampling ideas of great entrepreneurs may be one of the biggest things impacting entrepreneurs today.

Here is how it is being done: 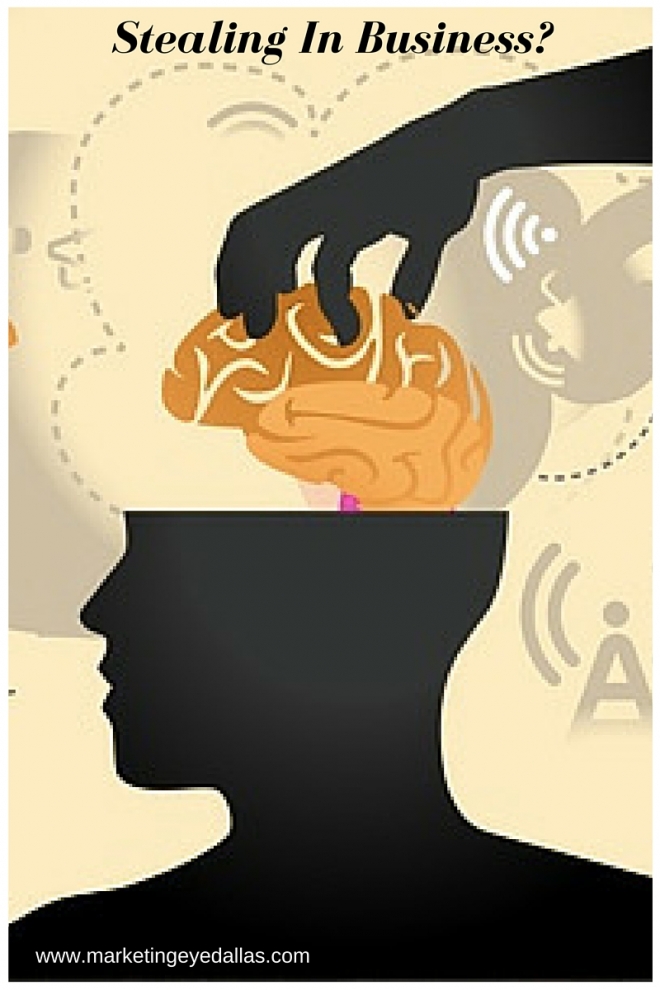 Last fall I spoke to a group of middle school students about entrepreneurship.  Of the stories I share, the one they loved the most was about a young boy named Mo who is bringing new life to the bow tie.

The students loved the story, because Mo didn't invent something new, he just reinvented it for a new generation. After all,  few things as old as the bow tie which was invented in the 17th century. However Mo brought the bow tie to life with hip fabrics and by reaching a new market of bow tie lovers.  We may just find that this young generation will bring back the polished look after generations that embrace a casual (and sometimes sloppy) attire.

Uber and Airbnb did not create a new industry, they didn't even create a new product, they just changed how we consume the product.  Both companies saw the weaknesses present in a current industry and they created businesses that challenged the industry.

As with Mo, it wasn't a new invention that was created, but a new market and means of consuming the product.  Many companies today exist in a space that has been around for decades, we are just viewing that industry in a new light.

Have you heard of the sharing economy? I recently met with a business with the sharing model, it really is genius. This sharing economy is being driven by millennials who share almost everything with strangers: cars, homes, bicycles, movies, music, and more.

As PricewaterhouseCoopers predicts in its 2015 report, companies that adhere to the sharing economy's business model of access over ownership have the potential to increase global revenues from roughly $15 billion today to about $335 billion by 2025.

This business concept may appear to be about sharing, but it is really stealing from an existing industry.    Clothing sales, bike sales, automotive sales are moving from ownership of one to shared by everyone.


The good news is that although there are few truly unique ideas on their own, the combination of ideas or re-purposing of ideas can still produce fantastic outcomes. So all you entrepreneurs out there, steal like a thief in the night.

More in this category: « I Quit I'm pretty, I'm popular and other lies in business »