Sep 20, 2017 Written by  Marketing Eye Dallas
Be the first to comment!
There are times in one’s own life that stick out as defining moments that shape who we are, the same way a massive flood can change the Earth’s landscape by carving it into pieces and destroying what was once there. On April 29th of this year, I received a call from an old Army friend of mine that no one was expecting. He called and told us that Weston Lee had been hit by an IED and passed away the night before. 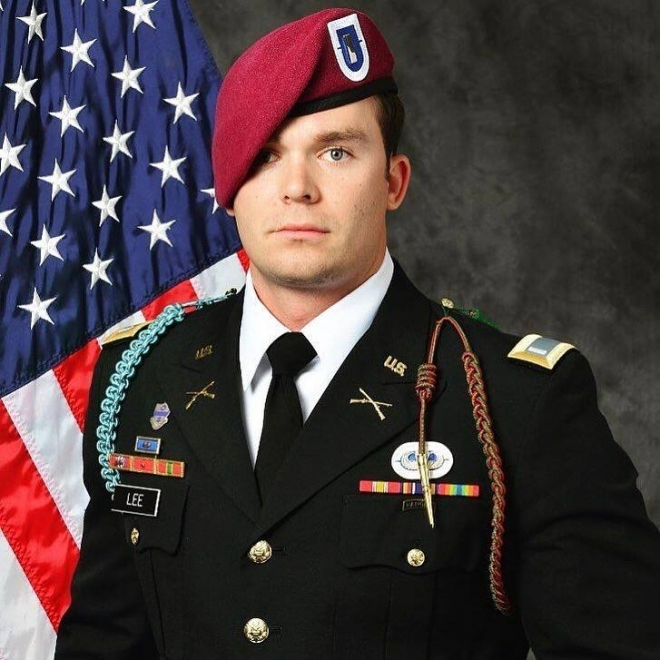 Weston was an Army Ranger and assigned as an infantry officer to 1st Battalion, 325th Infantry Regiment, 2nd Brigade Combat Team, 82nd Airborne Division, at Fort Bragg, North Carolina.But he was much more than an Army Ranger. He was a son to Aldene and Eddie Lee. He was a graduate of the University of North Georgia. He was a brother of the fraternity Sigma Alpha Epsilon. And he was my best friend. If you ever knew 1st LT Lee, you wouldn’t be surprised that he was on the front lines in Mosul, Iraq. He was one of the most competitive people I knew and he was the epitome of the American Soldier. The guy knew exactly what he wanted to do in this short life. And he made us all think about the same thing.

What are you willing to die for?

This is a question that will always stick out to me. It’s not just a “good question” that needs attention. It’s something that literally makes me feel something. It’s a question that I struggled with answering for a while. But I knew the answer to that question was vital to moving forward in life. When Weston died, he gave everyone that knew him something that would shape them into a better human being. He gave them that same passion he lived with every day. He gave them that respect he had for duty. And he gave them that question that ended up defining us all. We aren’t all going to be soldiers. But we should all understand what we’re willing to give up everything for. We should all live with the same passion for life that 1st LT Lee lived with. And we should do our best at living this life to the fullest. I’m writing this to add perspective to our “busy” lives. Sometimes it’s easy to get wrapped up in the day to day of business. But it’s these reminders that keep us all grounded. If you aren’t happy with what you’re doing, change it! If you aren’t doing what you love doing, drop everything and go after it! In just a short few months, family and friends of Weston came together and we raised over $70,000 that is going to a scholarship fund at the University of North Georgia Corps of Cadets. The scholarship is there for young men that emulate the same character of 1st LT Lee. If you’d like to donate as well, you can visit the FOUNDATION and learn a little more. Thank you ahead of time for anyone willing to donate to our cause.
Rate this item
(0 votes)
Tweet

More in this category: Tell your InstaStory like this »